Article: Before You Marry | David Abubakar 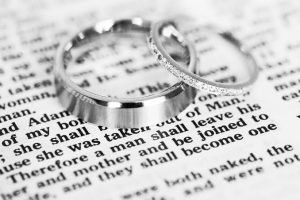 For example, if you’ve not been to America before, you simply have not been there. No matter how descriptive you’re told about it, you’ll still be miles apart from the one who has been there before.
What are we saying here, one of the fundamental issues to deal with before marriage is the error of presumption.
If you’re not married, then it’s simply a land you’ve heard and seen images of but not been there before, reality and images are sometimes millions miles apart, we must powerfully note this as we journey along.

So, first of all marriage is a new ground!
Every new ground must be approached with a new heart to learn new things.

Presumption breed pride and kill off a learning spirit, avoid the presumption of knowledge. Presumption partly led/contributed to the first sin in Eden’s Garden.

Though we move from the lower to the higher, brother to husband, sister to wife,
Marriage is a higher ground. Two separate individuals before, now the two becomes one.
Neither becoming A or B in the marriage but a brand new C.
So, A has to learn C, and so B has to learn C. C being the new personality in the marriage shared by both parties
Presumption has killed C in so many marriages. C is the new ground you’ve not been before, the America in our example above you’ve not been before.

Brothers and sisters WE NEED TO LEARN!
The day we stop learning we start dying.
Many Cs are dead today but many are blossoming as well.
That you’re spiritual, Spirit filled, anointed, good teacher of the word does not guarantee a good home, you’ve to submit to the process, you must learn to relate to a bride/bridegroom.
It’s more joyfully demanding than speaking in tongues and singing sweet melody in meeting.

The demands are the demands of character, maturity, growth, patience, and loving no matter what.
These things have to be learned over time practically, then we go into the marital home to demonstrate them with the humility to learn them more there and make corrections to previous wrong learnings.

You can learn with a sister or brother. In fact, it’s a prerequisite course on the Divine Path – to convert all your relationships to learning grounds.
Our Lord Jesus practically learned all things as he started life from ground zeros like all of us, so He learnt obedience from sufferings, from learning to handle the lovelessness at home he was able to conquer a much larger lovelessness from Israel.

Conquer the little grounds and you’ll conquer the higher grounds.
He that is faithful in little shall be faithful in much Scripture says.

HOW DO WE AVOID PRESUMPTION HERE?
Converting all your relationships to learning grounds, especially the low relationships, you will learn more enduring things there.
What do I mean by low relationships? Like those of us familiar with NCCF family house (a lodge where Christian Corp members stay together for a period of one year), it’s easy to treat officials well and with high dignity and treat some of the very playful seemingly un-serious brethren anyhow.
Those are the low grounds, treat such relationships with respect, honor and adore whenever you have opportunities to serve them and you had be fully equipping your self for the love-life of the marital union.
It’s easy to serve your president in the lodge on a tray and scream out the other person to come carry his food from the kitchen. (Just giving an instance when it’s not a multitude we are serving then)

Also easy to treat a sister official well and the other sisters we esteem not so important anyhow.

Here’s the point, learn to see a wife in all sister, and a husband in all brothers, and treat them from there – that’s their future. They will end up becoming one someday, even if they don’t be to us, they will be to others.

See your wife in every sister, and treat her such. Because you’re going to marry a woman. She’s a woman, treat her like a wife, meaning according her the deeper dignity of womanhood a woman deserve.

See your husband in every brother, and treat him such. Because you’re going to marry a brother. He’s a man, treat him like a husband, meaning according him the deeper dignity of manhood a man deserve.

Learn AND CONQUER IN LOVE AND IN THE SPIRIT OF MEEKNESS.
Have a blessed home ahead!
Thank you, God bless you!

ATTENTION
Please report any download difficulty or broken download link you encountered to the Admin on WhatsApp CLICK HERE.
Chrome Browser Users should DEACTIVATE ‘Lite Mode’ on the browser or switch to another browser for Seamless Download Experience


You can also connect with us on WhatsApp for Notifications and Updates via the Group link at the bottom of the page.
Also, Check: DISCLAIMER